Dickinson, who hails from New Braunfels, Texas, finished third as a rookie in the 2019 GT3 Cup Challenge USA Platinum Cup championship standings for current-generation Porsche 911 GT3 Cup race cars. He claimed his first victory in the series in the penultimate round of the season at Michelin Raceway Road Atlanta in October and had seven podium results from the 16-race season during the season.

“Having been selected as the recipient for the 2020 IMSA Hurley Haywood GT3 Cup Scholarship is a huge honor and especially meaningful to me for several reasons,” Dickinson said. “Being able to represent an American racing icon like Hurley Haywood is something that I’m going to be extremely proud of throughout the entire year and will look back on with great memories. I can’t thank everyone enough involved with the Porsche Young Drivers Academy and the scholarship for making it a professional grade learning experience for me and the other contenders.”

As part of the honor, Dickinson receives more than $85,000 in value to advance his career during the 2020 season. Included are full-season, premium entry fees for the 2020 season, a set of Yokohama tires per race event, $20,000 in parts credit from Porsche Motorsports North America, a custom driver suit and other safety products from OMP, two full sets of PFC Brakes, and promotional consideration from RACER Magazine. 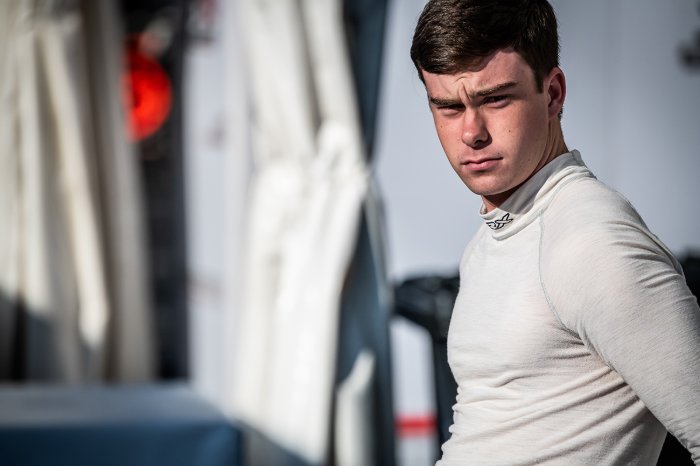 Dickinson was selected as the scholarship recipient after participating in the eighth North American Porsche Young Driver Academy. Dickinson, 21-year-old Britt Casey, Jeff Kingsley (21) and Hanna Zellers (22) all participated in the two-day program that included one day of classroom activity and another of on-track sessions that helped determine the scholarship recipient.

“Our team is really happy for Riley and honored he was selected for the Hurley Haywood Scholarship,” Moorespeed President David Moore said. “To be chosen over the other top young drivers invited to the Porsche Young Drivers Academy is an honor he earned. He learned a lot and was truly humbled getting to work directly with Hurley himself along with Pat Long, David Brown, Jamie Howe, Drew Dayton and other top professionals assembled by PMNA. There is no doubt getting their nod of approval means an awful lot to Riley and I can’t think of a more deserving young man.”

Dickinson’s OMP race suit for the 2020 season will prominently feature his title of Hurley Haywood Scholarship winner across the chest, complete with Haywood’s recognizable signature.

“I enjoy giving back to talented young drivers so I see it as a natural, next step combining IMSA and Porsche Motorsport’s efforts together for the Scholarship, and I am proud to see it grow,” Hurley Haywood said. “With Riley Dickinson already having national, and international experience in a 911 GT3 Cup race car, I am confident his natural talent in and out of the race car will only continue to flourish.”

The 2020 IMSA Porsche GT3 Cup Challenge USA by Yokohama begins March 13-15 on the Streets of St. Petersburg. The 16-race schedule concludes during the Motul Petit Le Mans event weekend, with doubleheader races at eight different stops during the season. 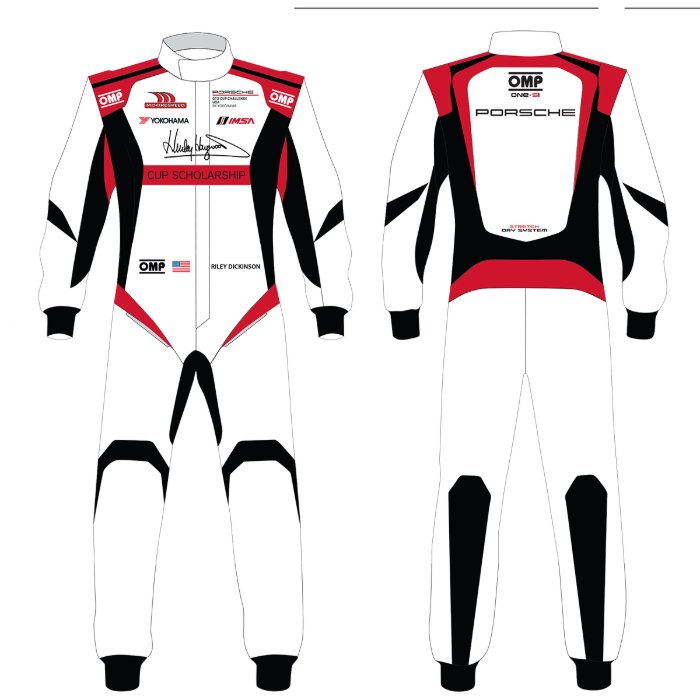